END_OF_DOCUMENT_TOKEN_TO_BE_REPLACED

This is the third article in this series in which I discuss interesting philosophical issues raised by Peter Watts in his SF novel Blindsight. In this article, we will be looking at steps some of the characters take to alter their behaviours or personalities, culminating in an extreme change that brings us to the disturbing frontiers of transhumanism.

END_OF_DOCUMENT_TOKEN_TO_BE_REPLACED

What is time? Why does it have a direction? Is it an illusion? Luckily for us, theoretical physicist Carlo Rovelli, in his excellent book The Order of Time, has answered these questions… or if that’s too bold a claim, at least given us a nice head start on them. His position on time essentially confirms what phenomenologists like Husserl, Heidegger, and Sartre have had to say on the subject while also offering a physical explanation for how it arises. It is this last feature that really makes the book stand out. When I read through this, I felt like a profound secret had suddenly been revealed, as if a portion of the universe had suddenly and satisfactorily clicked into place. In this article, I plan to walk through Rovelli’s book and hopefully give you that same hit.

END_OF_DOCUMENT_TOKEN_TO_BE_REPLACED

The Experience of God, a book by prolific philosopher/theologian David Bentley Hart, is a surprisingly worthwhile read. Let me be clear, it most certainly isn’t a book I would ever have entertained the idea of reading if a friend hadn’t suggested it. After having read one of Hart’s earlier books, Atheist Delusions, about which I have virtually nothing positive to say, seeing as how it was little more than a string of apologetics for Christianity, I had very low expectations going in. Despite this initial scepticism however, I am pleased (and more than a little surprised) to report that, although I did have to hold my nose periodically to get through certain passages, The Experience of God opened up not insignificant common ground between Hart and myself. In this article, I will outline what I take to be the main theses of the book and highlight the areas in which we agree as well as those where we don’t.

END_OF_DOCUMENT_TOKEN_TO_BE_REPLACED

In 2003, Swedish philosopher Nick Bostrom proposed that it is overwhelmingly probable that we are in fact living in a computer simulation. This is a hypothesis that, tapping into the current age of AI mania we seem to be living in, has gained in popularity and garnered robust support from a number of intellectual heavyweights. The interesting thing about the argument is it makes absolutely no appeal to evidence of any kind. Instead, it derives its conclusion based purely on probability. If this immediately strikes you as flimsy grounding for a hypothesis, let alone a ‘scientific’ hypothesis, you aren’t alone. In this article, after outlining exactly what the simulation hypothesis claims, I will proceed to argue that it tells us absolutely nothing about whether we are living in a simulation or not.

END_OF_DOCUMENT_TOKEN_TO_BE_REPLACED

This is the second in my article series discussing philosophical issues raised in the excellent SF novel Blindsight by Peter Watts. In this article we will be looking at the brain. I will focus on the relatively recent idea that the brain is modular and also look at a number of fascinating neurological disorders Watts describes in the story.

The Brain and Neurology

There are three brain- and neurology-related issues Watts raises, which I will tackle in turn. The first concerns the protagonist, Siri Keeton. To prevent the seizures he was prone to as a child, Keeton had to have an operation which effectively involved the removal of half his brain. The effect of this operation was to leave him completely lacking in emotions and emotional understanding, so much so that in the book, he appears to be autistic, although highly functioning.

END_OF_DOCUMENT_TOKEN_TO_BE_REPLACED

Blindsight is an exceptional 2006 SF novel, in which Peter Watts raises so many fascinating philosophical and psychological/neurological issues that I couldn’t stop myself from writing a couple of articles dedicated to some of them. As my primary concern in these articles will be the discussion of some of the key issues, I won’t bother with an outline of the plot (for that, you’ll have to read the book; a task I highly recommend).  However, a proper discussion of the issues will necessitate a little context which will unavoidably involve sneak peeks of scenes at varying points in the book. Although I will deliberately avoid plot spoilers, if you plan to read the book (which, again, you should – it’s almost worth reading just to see the highly original way in which he has interpreted and brought the vampire myth to life – bonus point to Watts for the ingenious crucifix glitch!), please bear this in mind.

END_OF_DOCUMENT_TOKEN_TO_BE_REPLACED

A friend recently brought to my attention a very interesting YouTube video of a talk called The Good Delusion given by Alex O’Connor, owner of the CosmicSkeptic blog and YouTube channel of the same name, in which he was making the case for an objective morality. O’Connor believes he has devised a way to make morality objective; that is, a morality based on ‘is’ rather than ‘ought’ propositions, thereby overcoming the insurmountable hurdle Sam Harris mysteriously continues to bang his head against of getting the latter (an ‘ought’) from the former (an ‘is’). Unfortunately, there are a number of reasons for thinking O’Connor hasn’t succeeded in his goal, hence the reason for this article. Because one of the premises in his argument concerns freewill (specifically, the claim we don’t have any), in order to disprove his claim in its entirety, I will also need to address this notoriously thorny topic. This first article then will argue, against O’Connor, that we do have freewill, while the second article will reject his broader claim that morality can be objective.

END_OF_DOCUMENT_TOKEN_TO_BE_REPLACED 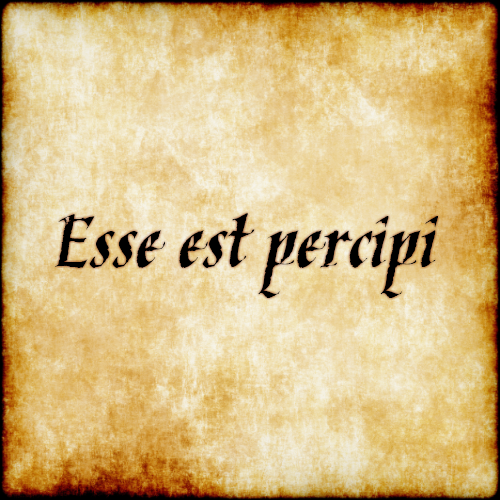 Is matter real? Do objects only exist in the mind of a perceiver? 18th century philosopher, George Berkeley, answered ‘no’ to that first question and ‘yes’ to the second. In his A Treatise Concerning the Principles of Human Knowledge, he claimed that esse est percipi, or ‘to be is to be perceived’; a thing only exists if a mind perceives it.

Berkeley’s idea seems unlikely today and even in his own era, he had a hard time finding converts. While tempting to ridicule, especially in the specific form Berkeley imagined it, there is nevertheless the glimmer of something deeply insightful in his philosophy. In this article, I will try to convince you of this.

END_OF_DOCUMENT_TOKEN_TO_BE_REPLACED 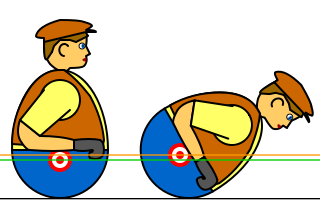 Dan Dennett’s 1992 article entitled “The Self as a Center of Narrative Gravity” (available online here) is one of his earlier attempts to argue that the self isn’t real; specifically, that it is a fiction created by human beings who don’t know any better. The route he takes to get there is a somewhat jumbled, confused batch of mixed metaphors, semi-relevant thought experiments, and false implications. In this article, I will try to unravel the tangle Dennett gets himself into and in doing so, resist his conclusion.