Human life is meaningless, absurd; so said Albert Camus (1913-1960), the philosopher novelist who made the notion of the absurd the centrepiece of his philosophy. It’s hard to fault Camus for thinking this way considering the tumultuous times in which he lived, and yet, there is something about the absurd that resonates with people from all eras and all walks of life. When we stop to think about this life we are living (and particularly the death we will all ‘be dying’ at some point), it becomes clear that the absurd isn’t just referring to an unfortunate string of events that may or may not befall a particular individual; rather, it goes straight to the heart of human existence. It isn’t that this or that life or circumstance is absurd; it’s that life itself is absurd. In this article, we’ll investigate exactly what this means, and see if, or to what extent, it is possible to go beyond the absurd.

END_OF_DOCUMENT_TOKEN_TO_BE_REPLACED

German philosopher Martin Heidegger (1889-1976) spent his entire philosophical career circling one idea: Beyng. (Since Heidegger used the word ‘being’ in a number of different contexts with different meanings, I have decided to follow him in using the archaic form of the word, which he temporarily adopted in the 30s, to clearly indicate the difference). Despite having written a daunting number of books and articles, and delivered countless speeches and lectures about beyng, exactly what he meant by the word is still shrouded in mystery, and often considered to be something absolutely mysterious. Rather than actually explaining beyng, although I will give a crude, partial outline of it, this article will argue that while beyng is mysterious in the sense that it cannot be articulated, summed up, or concluded like a theory or research project in any other discipline, it is not mysterious in any absolute sense, such that we can only vaguely gesture towards something that captured the reflection of beyng for just a moment.

END_OF_DOCUMENT_TOKEN_TO_BE_REPLACED

This is the third, and final, article in my short series attempting to dissolve the mystery surrounding consciousness. In the first article, The Qualia Delusion, I argued that qualia weren’t genuine features of lived, in the moment, phenomenal experience. Instead, they were psychic-objects we constructed after the fact in a vain attempt to explain it. Since qualia are the mysterious accompaniments to mental states that supposedly make it like something to experience X, thereby making the hard problem of consciousness hard (how can we explain that the perception of red comes with a particular, subjective feeling (a quale) of redness?), exposing them as second-order, reflective concepts, effectively dissolves the hard problem, at least, in its current form. The world and things in it are lived through the body, not thought by the mind through mental objects called qualia. The second article, Towards an Understanding of Consciousness – Henri Bergson, outlined a number of important concepts we will need in this article, specifically becoming, continuity, duration, perception, and memory. In this article, I assume a knowledge of both of those earlier articles. With that said, let’s sort out this consciousness thing once and for all.

END_OF_DOCUMENT_TOKEN_TO_BE_REPLACED

Now that I’ve gotten your attention with that outrageous title, let me reassure you, I am not going to argue that qualia aren’t real. What I am going to do is suggest that while they’re real, they aren’t what you think they are. The “delusion” I am talking about here doesn’t concern the existence of qualia; rather, it concerns what they are and when they arise. It is vitally important that we get some clarity on this issue because until we do, we will never understand consciousness and how it fits into the world, meaning we will never understand ourselves. Hopefully this article, much of which arose directly out of a string of ongoing, intensely thought-provoking discussions I have enjoyed with a good friend, Luke Oliver, gets us a little closer to that clarity.

END_OF_DOCUMENT_TOKEN_TO_BE_REPLACED

Sean Carrol spoke to philosopher Patricia Churchland last year on his Mindscape podcast, where the two of them discussed the relevance of Churchland’s work in neuroscience to morality. Churchland argues that if we want to understand morality (and, I think, pretty much everything relating to mind), we need to understand the brain. This approach has resulted in her being shunned by her philosophy contemporaries, even as she has been welcomed by her neuroscience ones. In this article, I will investigate neurophilosophy, a term Churchland herself coined, as she discusses it in this podcast (to be fair, I haven’t read any of her books on the subject, so my comments in this article are restricted to the podcast), and discuss whether Churchland has been wrongly (or justly) excluded from her philosophical peers.

END_OF_DOCUMENT_TOKEN_TO_BE_REPLACED

Fire an arrow from your bow, and as you watch it fly through the air there is one thing you can be certain of – that arrow is moving. Right? Wrong, at least according to 5th century BCE philosopher, and student/friend of Parmenides (yes, that Parmenides, the one who claimed there is only one thing (which he called being), and that one thing is unchanging and permanent), Zeno of Elea, who argued that the apparent motion of your arrow is an illusion. There have been a number of attempts to resolve this paradox over the centuries, until now, it is claimed by mathematicians, physicists, and even a few philosophers that Leibniz and Newton solved it with the invention of calculus. We will see that this claim is totally false, before looking at a resolution that actually works as expressed in slightly different form by three French philosophers; Jean-Paul Sartre, Maurice Merleau-Ponty, and Henri Bergson, the last of whom influenced the first two and, in my opinion, has the most complete response to Zeno.

END_OF_DOCUMENT_TOKEN_TO_BE_REPLACED 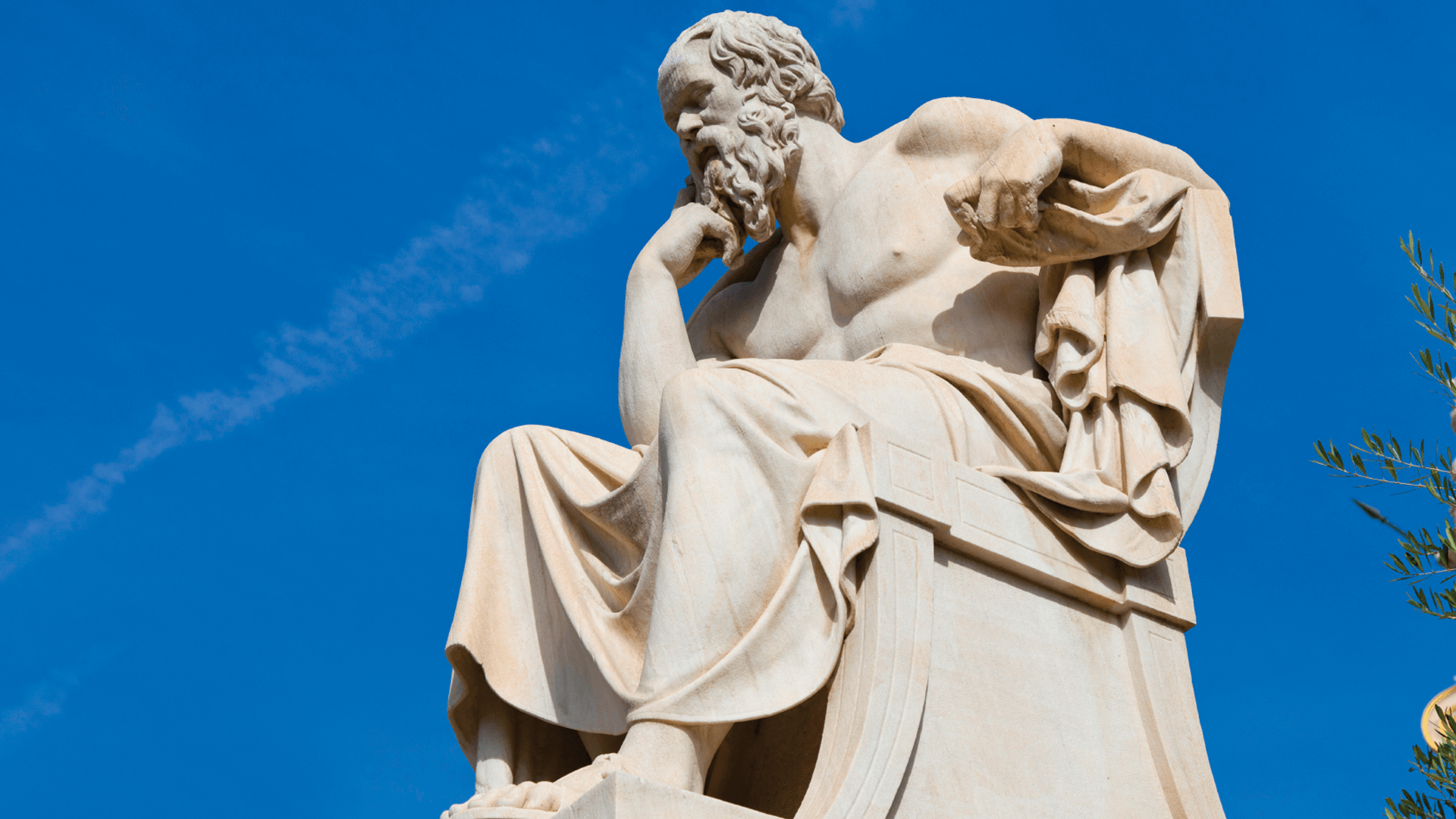 I was prompted to write this article after listening to a couple of podcasts which sought to defend the humanities, and argue for their continued place in the academic world. The first was called “Why the Humanities?” on ABC’s The Philosopher’s Zone. The second was a Philosophy Bites episode entitled “Martha Nussbaum on the Value of the Humanities.” I will discuss this topic in three parts. First, I will make a critical observation on the way people tend to defend philosophy. Next, because it was quite good, I will briefly run through Robert Stern’s answer in the ABC podcast. Finally, I will offer my own thoughts as to what philosophy is, and why it is valuable.

END_OF_DOCUMENT_TOKEN_TO_BE_REPLACED

Imagine your spouse ran off with a houseguest, leaving you with the young child you had together. Imagine then that he/she returned, and you (somehow) agreed to take them back. Finally, imagine that many years later, your spouse relayed this tale at a dinner party you were hosting, and not only was no one shocked, the guests found the story entertaining. Even you congratulated your spouse for the “…excellent tale, my dear, and most becoming.” This unlikely sequence of events is precisely what happens in Homer’s telling of the Trojan War. The runaway spouse was Helen of Troy, the husband she left behind was King Menelaus, and the irresistible houseguest was Paris. How is it that Helen’s tale was so well-received by their guests, and why did Homer describe her in glowing terms after her supreme act of betrayal? (And what does any of this have to do with control?)