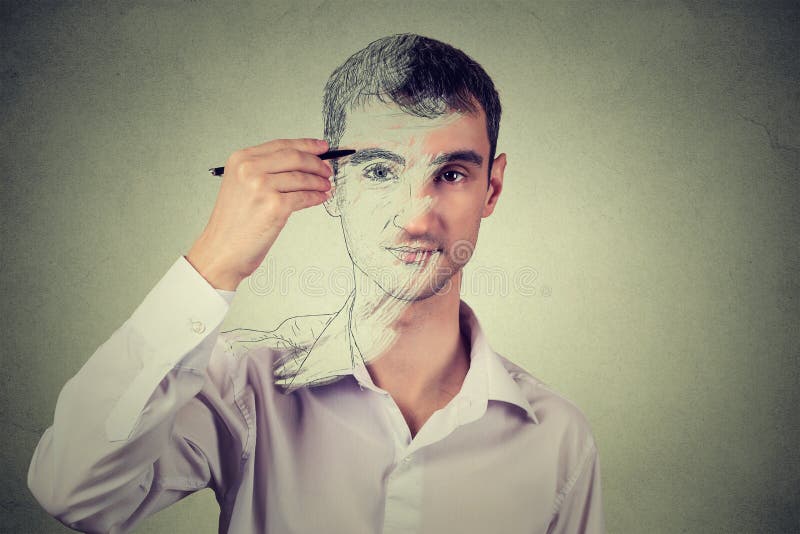 When you think about your life, does it take the form of a narrative, a tale told with you as the protagonist? Is there an arc to your life, an account that makes some overall sense of the things you have done and the things that have happened to you? Philosopher Galen Strawson doesn’t see his life in this way and neither do I.

The idea of the narrative self is the claim that “we constitute ourselves as selves by understanding our lives as narrative in form and living accordingly” (Schechtman, 2011), although there is not necessarily a need to explicitly formulate that narrative. The position I will be arguing against in this article is the one that claims that all ‘selves’ are narrative in form and everyone is therefore constantly narrating their lives in order to construct their ‘selves’. Indeed, if you didn’t narrate your life in this way, the claim goes, you wouldn’t even have, or be, a self.

What is the Self?

There are basically two kinds of self; self as subject and self as object. The former has been called the minimal self (Zahavi, 2005), the minimal subject (Strawson, 2011) and the pre-reflective consciousness (Sartre, 1943). Essentially, it is what is left when you strip everything away from an experience except the subjective feeling of what-it-is-like to have that experience. It is who you are when you aren’t explicitly thinking about who you are. The self as object, on the other hand, is a deliberately constructed representation of who you think you are… literally. It is the you that appears when you reflect on yourself as an entity, and this is why Sartre calls it the reflective consciousness.

The minimal self is essential to all experience. If there is no experiencer, there is no experience. One might object that this is somewhat too ‘thin’ to be called a ‘self’, a term which implies some kind of concrete, diachronic existent. I would respond that this is a hangover from old-fashioned, religious understandings of the self as a soul which exists separately from the body. There is no reason to think this. People also used to think of the body as a vessel for the soul, but nobody clings to this definition anymore. Why can’t we get over the self as soul in the same way? The self is you. You are fundamentally the consciousness subjectively experiencing each moment in your life. The self then is, at a bare minimum, that consciousness.

The reflective self is quite different. Being a conscious creation, it could very well be a self constructed in narrative form. You might piece together events from your life in such a way that they tell a story, a story in which you are the central character and other people, friends, family, passers-by, all feature in supporting roles to varying degrees. But you might not see your life this way when you reflect on your self. Perhaps you see a whole series of events just happening, not randomly, for sure, but maybe more with the ‘looseness’ of an episode of Seinfeld than with the carefully scripted planning of The Sopranos.

Is the Narrative Self Necessary?

So, everyone’s life can be made into a narrative; this is, after all, what biographies often are, a telling of the key moments that shaped the self of the biographical subject. Everyone can tell a story about their life, but the narrative claim is that this is what selves are. This seems suspect to me.

First, I have suggested that there is a more fundamental sense of self, the minimal self, which we are during our everyday lives when we are engaged in, and with, the world around us. We aren’t reflectively aware of ourselves as selves (narrative or otherwise), we just are. Moreover, I have argued this sense of self is necessary.

Second, when I think of myself as a self; that is, when I reflectively consider who I am, I don’t actually see myself as a character in a story. There is a kind of distance between me and the ‘selves’ I used to be. I didn’t fully realise this until I took the time to think about it. Long before I came to this realisation, I remember thinking about past periods in my life and the person I used to be, and literally thinking to myself that they seemed to me like past lives, or even dreams. Obviously, I know the person in those past periods was me in some fundamental sense, but the gap between those past me’s and this current me feels like a massive chasm. I also recognise that this present self which I am, is to a large extent made up out of my personal history; i.e. I don’t feel like I sprang into existence two seconds ago, but none of this makes me see my self as living in some kind of extended narrative, a character in a story.

Presuming that I am psychologically normal, I can’t help but suppose that this is how everybody else would see their life as well, should they look at it properly. However, it is possible that some people do in fact grasp themselves as narrative. All I can say is, to the best of my knowledge, I don’t think I do.

Should we Narrate our Lives?

Is it good to narrate our lives? I suggest not. The reason is that we never get an authentic result when we attempt to turn our selves into a narrative. In trying to fit something which I don’t think is truly narrative into a narrative, we end up creating a story where there isn’t one. We see this on social media all the time; videos, photos, timelines, multiple status updates, etc. We spend more time thinking about how we will upload events to social media and what they will look like when we do, or what people will think about them when they see them, than actually living them.

Sartre, in La Nausee, talks about a desire to create “perfect moments”. We prod our pasts to create a whole string of these perfect moments but what we don’t realise is they don’t actually exist. They don’t exist for our audience (our ‘followers’ or ‘friends’) because they didn’t live them, but nor do they exist for us because we artificially created them, as it were, either post-hoc (e.g. uploading photos of ourselves after the event) or deliberately in ‘real-time’ (e.g. posing for a photo with the specific goal of using it to construct a narrative later – one of my favourite examples of this is when people pretend to be engrossed in some activity after having instructed a friend to take their photo mid-action, creating the illusion that the photo has ‘caught’ them in the midst of some authentic activity). This is also the reason why ‘reality TV’ isn’t the slightest bit real.

Another related problem here is what Strawson (2018) calls revision, which argues that narration almost always involves the tendency to alter the raw facts in some way. We often revise in our favour, but we are also just as capable of revising to our detriment. Self-reporting in surveys is notoriously unreliable precisely because of this. In many, if not all, cases, just the bare fact that we are engaged points of view on the world conditioned by past events, beliefs, people, how much sleep we got the night before, and a hundred other variables, we simply cannot accurately and objectively self-report. We are blinded by our subjectivity. On top of this, our memories, the source material from which the narrative will be constructed, have been shown to be extremely fallible. Memory, it turns out, is a constructive process rather than a reproductive one.

Of course, the non-narrative self I see when I reflect on myself is subject to all of these potential failings as well. To some degree, this is unavoidable. Nevertheless, it does appear to me that forcing our lives into a narrative only serves to magnify and exacerbate the problem.

One thought on “The Narrative Self”