The twentieth century French existentialist philosopher, Jean-Paul Sartre, was astonishingly popular in his day. He wrote novels, plays, dense philosophical treatises, was a part of the French underground resistance during the Nazi occupation, an influential political activist and even awarded the Nobel Prize in Literature (which he turned down). If you still doubt Sartre’s popularity and influence, the fact that more than 50,000 people turned out for his funeral should seal the deal.

He is (arguably) the philosopher you must engage with if you want to learn about existentialism and it is his long and difficult magnum opus, Being and Nothingness, that is (arguably) the principal text of modern existentialism. B & N is a very thorough enquiry into existential philosophy that warrants, and rewards, a close reading. Unfortunately, it is this very 800-page thoroughness that surely winds up discouraging all but the most determined of students. And doubly unfortunately, in 1946, three years after publishing B & N, Sartre gave a talk to the general public on the subject, (now a book, Existentialism is a Humanism) in which he laid out some of the key consequences and insights of existentialism. I say this was unfortunate because, while it well and truly brought existentialism into the public eye, it also reduced it to a handful of trendy slogans and pithy quotes. Existentialism went from a serious, philosophical investigation into the human condition to a popular cultural movement characterised by black-clothed, non-conformist, anti-bourgeoisie, chain-smoking coffee drinkers loitering in and around cafes and declaring that life is meaningless and absurd. 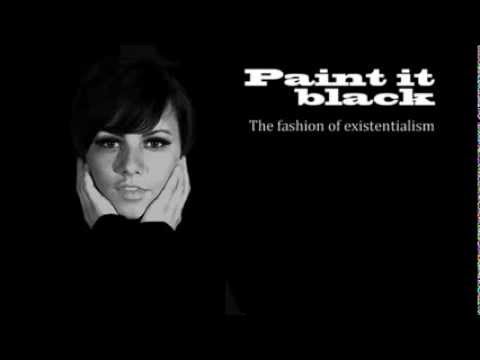 In doing my part to lift Sartre’s existentialism out of the Bohemian trendiness it got mired in and restore to it a little philosophical credibility, this article briefly explores and illuminates one of Sartre’s concepts and two quotes from him which are all frequently cited but just as frequently misunderstood:

Bad faith is probably the single most misunderstood aspect of all of Sartre’s philosophy. It is not about being ‘authentic’ or ‘true to oneself’ (an expression that makes no sense in existentialism as Sartre sees it at all), nor is it pure self-deception (I would say all bad faith is self-deception but not all self-deception is bad faith). Rather, it is a deliberate conflation of two things; our transcendence and our facticity.

Very briefly, human reality is both transcendence and facticity. The former is apparent in our radically free consciousnesses which, since they are empty and able to take a position on everything they contemplate must be removed from those very things. Let’s say that I think I am a coward. Fine, but I cannot be a coward in the same way that this table is a table precisely because I think of myself as a coward, that is, I am actually consciousness of being a coward hence I can’t be a coward through and through. The latter, facticity, refers to given facts about us. Examples of facticity include our race, our first language(s), our bodies, etc. Even our pasts are facticity.

An example of the former is something you can hear people say all the time; “I was raised in a conservative family so I’m conservative.” Now of course, the effect environment has on our development is well-established. Sartre isn’t denying that. His point though is that in framing it like this, you are essentially washing your hands of any responsibility for your conservative stance; “It’s not my fault – I was raised like that!” This is not to deny that if you had been raised in a liberal family, you would be liberal; it is only about forcing you to take responsibility for your conservative beliefs, which you now hold in such a way that your upbringing cannot be blamed. In other words, you aren’t a conservative thing; you are a free consciousness choosing to be conservative.

An example of the latter might be an unfaithful spouse. After the fact, he denies that his once-off transgression reflects who he really is. It was a moment of weakness, that last drink he had, the song the band played, the way the lights played across her face, etc. He is in bad faith to the extent that he attempts to manipulate his past as if he is free to re-make it any way he wants.

“Hell is other people”

This is a quote from Sartre’s play, No Exit. You might assume from this that Sartre is acknowledging how other people occasionally make our lives miserable when they impede our plans or thwart our happiness in some other way. This is undoubtedly quite true but if that was all Sartre was saying, it would amount to a fairly banal insight.

Human existence is, of course, for-itself, that is to say, we are each self-reflecting or self-aware consciousnesses, but this dimension alone doesn’t exhaust our being. There is another aspect of human existence which Sartre calls our being-for-others, and we are made acutely aware of this when someone else (the “Other”) looks at us.

The first consequence of this “look” is that the Other subsumes us into their world-space. Prior to being looked at by the Other all of the things around me were referred to me. This chair appears as “to-be-sat-in” (by me) and this handle appears as “to-be-grasped” (by me). When I am caught in the look of the Other, all of these things turn away from me, disclosing themselves as things with meanings which are alien to me and which I can never apprehend (because they belong to the Other).

This also means that I become reduced to a mere thing in the Other’s world-space (instead of the free consciousness which I am for myself, my being-for-itself). So the Other discloses a new dimension of being for us; one that is alien to us because it, as we have seen with all of the other things in the Other’s world, is for the Other. Of course, it is me but at the same time, it escapes me because I don’t found it, the Other does. This me (which Sartre will call the “Ego”) is completely determined by the Other and so, despite being my Ego, I have no control over what qualities, traits, beliefs, etc. are ascribed to it.

So, “hell is other people”, not because they annoy me or do things I don’t like, but because there is one aspect of my existence, my being-for-others (or Ego), which they have exclusive control over. Other people are free to determine me however they like and I have no (or at least no definitive) say in the matter.

“Man is a useless passion”

This is a quote from Being and Nothingness and if I was trying to decipher its meaning without having read B & N, I would probably guess Sartre is saying that since our lives are meaningless, all of our goals and aspirations are fundamentally useless. This is on the right track but the specifics are a bit more technical.

In the “bad faith” section above, we saw that we are all transcendent consciousnesses, or being-for-itself. This is in contrast to all other (non-conscious) things in the world which are what Sartre calls, being-in-itself.

A crucial difference between these two types of being is that being-in-itself is what it is; that is to say, it is pure being. A table is purely what it is, a flat, rectangular piece of wood supported by four longer pieces of wood. It has no possibilities, no transcendence, no freedom. It just is.

Being-for-itself on the other hand, lacks this existential certitude. In an interesting / vexing pronouncement Sartre says the for-itself is what it is not and is not what it is. This might sound like metaphysical gibberish but the intuition Sartre is trying to capture here is that consciousness is never fixed in its being. Of course, whatever I am (or am not) at any one moment can change in the next, but more importantly, for that to be possible, whatever I am (or am not) must always be in question. It is in this sense that I am what I am not and I am not what I am. In a very real way, I (the for-itself/consciousness) am nothing(ness).

So, being-for-itself lacks the existential ‘comfort’ of being-in-itself. This is a fundamental ‘lack’ which lies at the heart of every individual consciousness. This gives us the fundamental project each ­for-itself is engaged in; namely, trying to overcome this existential ‘ambiguity’ and achieve the certainty of being-in-itself by becoming being-in-itself. However, if the for-itself were to become purely in-itself, it would no longer be aware of itself (because the in-itself, by definition, lacks consciousness). Thus, every human being’s fundamental goal is to become a for-itself-in-itself; that is to say, a ‘solid’, ‘fixed’ thing-in-the-world (in-itself) while at the same time remaining a free, transcendent consciousness (for-itself). Such a synthesis would allow me to be what I am while also knowing myself as what I am.

There is one small problem with this desired synthesis though. It is logically and categorically impossible. One cannot become in-itself while preserving the transcendence of a for-itself. And this is the “useless passion” Sartre is referring to.

[1] I use these words with some trepidation only to give a sense of what Sartre is talking about. Do not get caught up on the words ‘character’ or ‘self’.